CODY WA LKER, CREATIVE DIRECTOR
A true man of the world, Cody Walker spent portions of his youth in many countries, but home base was his family’s Wyoming ranch - where he showed an early talent for creativity. Cody went on to earn a Bachelor of Arts degree from Stephen F. Austin State University, then began his professional career at BBO in Dallas, working on Source Services and Auto One. Later, an opportunity to work on McDonald’s, Oldsmobile, Zed and Mrs. Baird’s led him to Leo Burnett/Moroch. Eventually, he joined The Richards Group/Latitude, where he developed creative for The Shops at Willow Bend, International Plaza, 7UP, Schweppes, Baylor Health Care System and EpicRealm. He went on to Schawk where he worked on Dr. Pepper, SunDrop, Slush Puppie, Country Time, Canada Dry, Mott’s, and Snapple. He joined Brand Agent, where he developed creative for Doritos, SunChips, Flat Earth, Cheetos, Lay’s, and True North brands. Since joining RayGun Films, his creative work continues to grab attention and sell product.
When he is not at work, Cody and his wife Jessica enjoy taking their two young sons and their Softcoated Wheaten puppy, Peach, on weekend trips around North Texas. Stopping in small towns along the way, they get a kick out of antique shopping and stirring up debates in diners and coffee shops. 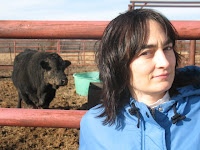 JOHNETTE ALTER, PRODUCER
Johnette Alter is a 12-year veteran of KERA TV and radio, the PBS/NPR stations in Dallas, Texas. During her tenure at KERA she produced cooking shows, variety programs, promotional spots and campaigns and supervised the on-air re-branding of KERA - finally serving as the Executive Producer of Marketing and Communications. Her work has earned Emmys, Gracies, Tellys and other industry awards. She has served on PBS Advisory Committees, the Vistas Film Festival Selection Committee, the University of North Texas Radio, TV, Film Advisory Board and is currently on the Board of Directors of the Undermain Theatre in Dallas.
Johnette originally hails from farm and ranch families. She worked on the family rice farm in Arkansas full-time after college and learned more about shoveling that year than she ever thought possible. The farm has been continuously in production by the Alters since the mid-1800s. Johnette is an avid gardener and developed a love of the outdoors as a child during regular weekends spent running down cow paths, riding her ponies, Junior and Misty, and collecting rocks in the creek at the family ranch in Texas. In high school she went to state with FFA in poultry. Johnette loves the place where science and art intersect. Now that she has children of her own, she is looking forward to the day when she and her son may build their first Lego Mind Storm R obot together.
JENNIFER STUART, PRODUCTION COORDINATOR / UNDERWRITING / IN-KIND SUPPORT:
Jennifer is a true eco gal, practicing a green lifestyle long before it was hip. She has served as Segment Production Coordinator for Dig In DFW’s Spring / Summer 2011 season; securing locations/props and wrangling bees and chickens. She has also been instrumental in negotiating with underwriters and procuring in-kind donations for the show. Jennifer is a budding actress and made an appearance on Dig In plus a starring role in a commercial spot for Elliott’s Hardware. She has been a guest on Mother Earth News Radio and assisted in that program’s production. She designs and edits the Down to Earth blog.
Jennifer’s life before media included owning and managing a preschool; participation in non profit boards; real estate acquisition/rehab as well as retail sales/merchandising. She holds a degree in Early Childhood Education and studied photography and liberal arts at SMU in Dallas. Jennifer and her daughter incorporate their knowledge of plants and animals into their diminutive urban farm in the heart of Dallas, caring for a flock of backyard chickens and tending an organic garden. Jennifer is also exploring a passion for knitting and fiber by operating a micro yarn boutique in Waxahachie, TX in her spare time. 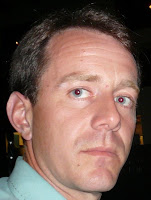 ZACH MONTGOMERY,
UNDERWRITING / IN-KIND SUPPORT:
Three years shy of four decades ago, a modern hominid was thrust upon the Earth. This upright ape’s name was given as Zach Montgomery. Unique in the realm upon which he has dwelt; he is a boy, then a man whose left foot resides in the rural black-lands of Collin County and who’s right – in the suburban sprawl of Dallas. Zach has spent the majority of his adult life groveling for his sustenance by squeezing plants into the landscapes of North Texas. Having an intense preference for organic methods, he isolated himself financially from the vastly ignorant markets of North Dallas, Plano, Frisco and Richardson.

Zach’s desire to return to the world in which his species evolved has compelled him to spend every free minute he can muster in the woods, pastures and stream beds of Texas. His love of dinosaurs led him to his hobby of raising and collecting their closest living relatives - backyard chickens. Zach’s two children and he harvest the free-range, cage-less, hen’s eggs so that they may hurl them at the foul-mouthed children that roam their mid-century neighborhood.
Having been the star, then the producer of numerous home movies, Zach brings a lifetime of cinematic experience to Down To Earth and hopes that you prefer it to the free snippets of low-quality internet Green. 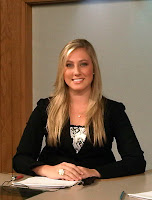 Summer Dashe is a California native, but after moving to Dallas two years ago to attend Southern Methodist University, this California girl quickly converted to a true Texan. Summer was always interested in journalism, but once in college, she discovered the broadcast side of media and her true passion was unearthed. She now participates weekly in producing The Daily Update, SMU’s newscast, at 6a.m. She also serves as video editor for SMU-TV where she shoots, edits, reports, and creates packages to keep SMU-TV exiting and relevant.  She contributes to her University’s newspaper, The Daily Campus, and is the secretary for SMU’s branch of national journalism club, RTDNA. Her goal is to become a reporter and she is excited to see where her career takes her.
In her free time Summer enjoys going out with her Tri Delta sisters and taking walks. Her pet hamster, Miss Munchkin keeps her and her roommate company. She looks forward to weekends when her parents come to visit and also enjoys catching up with her older sister and brother who live in different parts of the country. Summer has a positive outlook and a happy spirit and enjoys keeping busy with school, work, family and friends.

Email ThisBlogThis!Share to TwitterShare to FacebookShare to Pinterest
Home
Subscribe to: Posts (Atom)
Eco-friendly. Sustainable. Local. Seeking a new normal that includes eco-friendly practices. DOWN TO EARTH is a new television show that makes goin' green fun! Join host Andrea Ridout on a green and gritty romp across America - as urban and country collide. DOWN TO EARTH speaks to the heart of us all, addressing topics that can change the world and our own lives for the better. You'll hear some heartfelt and compelling stories of the human spirit along the way - as we get DOWN TO EARTH.